Is it REALLY possible to be happy when, at every family gathering, you have to sit there and have your relatives ask you over and over, “So when are you going to finally find a husband?”

According to a new study by a behavioral scientist at the London School of Economics, the HAPPIEST people overall are women who aren’t married and don’t have kids.  They also live longer than married mothers and are healthier than them.

Why?  He found that even though there’s a lot of social pressure to get married and have kids, all the data shows that’s NOT what makes women the happiest.

But . . . it DOES help men.  He found that married men are happier and live longer than single men. 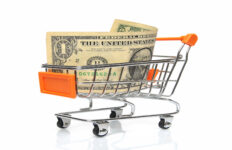