FORT WAYNE, Ind. (ADAMS) – On May 25, 2019, at 11:52 am, the Fort Wayne Police Department received a 911 call from a female inside an apartment in the 5000 block of Maysville Rd. indicating she was being threatened and held hostage by a male. She also indicated the male was armed with handguns. Officers arrived and could hear the male inside making threats, and heard the male also threaten to kill police officers if they approached.

Because of the nature of the call, assistance was requested from the Emergency Services Team and Crisis Response Team. CRT Negotiators attempted to contact the suspect, who refused to respond. EST officers tried using loudspeakers to convince the suspect to respond, yet the suspect still refused to cooperate or communicate with police.

At 1:56 pm, the suspect was distracted at the front door, giving EST officers an opportunity to enter the rear of the apartment and safely take the suspect into custody. This action was taken to protect the hostage and not allow the suspect to harm her.

Neither the suspect, the female, nor any officers were harmed in this investigation. 5000 Old Maysville remained closed throughout the investigation.

The suspect and female were interviewed at the police station. The outcome of those interviews will determine if any charges will be filed against the male. 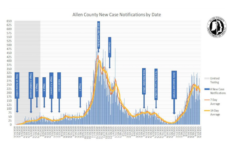 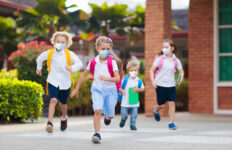