– If the sun exploded, it would take eight minutes and 20 seconds before we knew it . . . when all of the energy hit Earth and killed us all.

–  Serbia lost 27% of its population during World War One, which was by far the most of any country . . . and they were on the winning side with the Allies.

–  The theme music for the TV show “Alf” was composed by a guy named Alf Clausen.  No relation.

–  ASICS running shoes are made by a Japanese company, but the name is an acronym for the Latin phrase ‘anima sana in corpore sano.’  It means “a healthy soul in a healthy body.”

–  Marlon Wayans was supposed to play Robin in “Batman Returns” back in 1992.  That’s the one with Michael Keaton, and Danny DeVito as the Penguin.  They ended up cutting the character, but he still gets paid residuals for the movie.

– When your dog makes sad puppy eyes to get you to do something, that’s not an accident.  A new study found that about 33,000 years of evolution have helped dogs develop the muscles to make that face . . . because it helps them get what they want from humans.  (Full Story)

–  A survey last week found broccoli is America’s favorite vegetable.  But in a new survey, corn and potatoes tied for first.  And broccoli is 8th.  The most-HATED veggies are turnips, beets, radishes, Brussels sprouts, and artichokes.  (Full Story)

–  Wallet Hub just released its annual list of the best states for a summer road trip.  North Carolina is #1 this year, followed by Wyoming, Minnesota, Virginia, and Texas.  And Rhode Island is dead last again . . . maybe because it’s only 37 miles wide.  (Full Story)

–  Men spend more time picturing their future wedding than women, according to a new survey.  And the top things people imagine are the location . . . their dress or suit . . . the food and drinks . . . photos . . . and who they’re going to invite.  (Full Story)

–  A new survey asked people what wedding advice they got that they wish they’d followed.  The top answers are:  Relax and enjoy the day . . . take more pictures . . . and stick to your budget.  (Full Story)

–  A woman in England recently asked her coworkers for a birthday cake with Mariah Carey on it.  But apparently, the bakery misheard the request . . . and made a cake with a picture of Marie Curie on it instead.  Now a picture of the cake is going viral . . . and it’s gotten so big Mariah even tweeted about it.  (Full Story)

This could've been me if only I hadn't failed remedial math 🤦‍♀️ happy birthday Siobhan!! 😘 https://t.co/Ffz69lTRkc

–  Here’s what people in other countries think of our eating habits:  Domino in Japan just came out with a “New Yorker” pizza that’s covered in over TWO POUNDS of cheese.  That’s close to triple the amount of cheese on a normal large pizza.  (Full Story)

–  Bartenders on Long Island, New York and in Kingsport, Tennessee have been fake feuding over where the Long Island Iced Tea was invented, so they held a contest as a publicity stunt last week.  Tennessee won . . . but now, the New York team says the contest was rigged and they’re threatening possible legal action.  (Full Story)

–  A guy in Washington intentionally drove into two pedestrians last April . . . and he told the cops he did it because he hated his job and life and was trying to, quote, “get out of going to work.”  Fortunately, both of the people survived . . . and the guy was just sentenced to 14 years in prison.  (Full Story)

–  633 scuba divers in Florida broke a world record on Saturday by simultaneously cleaning up trash from the ocean floor.  (Full Story) 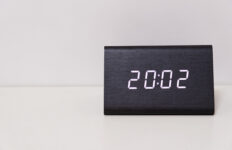 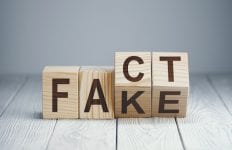