– The U.S. Senate has a tradition since 1968 called the “Candy Desk” . . . where the senator who sits in a specific seat near the door keeps a desk drawer full of candy for other members.  It’s currently held by Pat Toomey from Pennsylvania.

– New York City was the capital of the U.S. during the first two years George Washington was president, and Philadelphia was the capital for the next six.  The capital wasn’t officially D.C. until three years after he was out of office.

–  Michael Jordan originally wanted to endorse Adidas, not Nike . . . but Adidas passed on signing him because the executives felt like he was too short to impress people.  He’s 6-foot-6, by the way . . . they wanted seven footers.

–  The “New York Times” hasn’t endorsed a Republican for president since Eisenhower in 1956.

–  A new survey found half of us have a favorite parent.  And moms are almost three times more popular than dads.  (Full Story)

–  The guy in New York who went viral earlier this week after he went on an angry rant at a bagel shop about how women won’t date him because he’s short says now that he’s Internet famous, quote, “I got girls hitting on me I don’t even know.”  (Full Story)

–  A woman in Indiana thought her personal trainer was hitting on her when he asked for her number.  But it turns out he thought she looked like BUZZ LIGHTYEAR . . . and he texted her a picture where he Photoshopped her face onto a picture of Buzz.  So she tweeted the picture and the story, and now it’s going viral.  (Full Story)

–  Believe it or not, SPICY TACO COFFEE is a product that exists.  And it gets pretty good reviews.  If you’re interested, you can get it for $12.50-a-pound online from a company called CoffeeAM.  (Full Story)

–  A woman in New York found something that looked like a DOORKNOB in her Taco Bell nachos last week.  It turned out to be the knob from a nacho cheese pump . . . and Taco Bell says it’s investigating how it wound up in her food.  (Full Story)

–  The Villa Italian Kitchen restaurant chain has a new product that’s just pizza CRUSTS.  They say it’s because, quote, “We know the crust is everyone’s favorite part of the pizza.”  Is it, though?  (Full Story)

–  Two people in Oklahoma were pulled over in a stolen car recently . . . and the cops also found a gun, an open bottle of whiskey, a RATTLESNAKE, and a canister of RADIOACTIVE URANIUM.  They were both arrested on several charges . . . and the cops are trying to figure out their plans with that uranium.  (Full Story)

–  A guy in Virginia wearing a Captain America shirt attacked two people in his house on Tuesday . . . and he hit them with a hammer, like Thor.  He was arrested on two felony counts of aggravated wounding.  (Full Story)

– A dad in Ohio spent two years and $30,000 building a baseball field in his backyard after his three-year-old son asked him to.  Now everyone’s comparing it to “Field of Dreams”.  (Full Story) 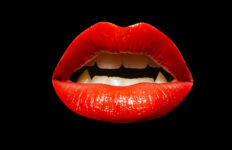 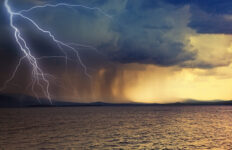 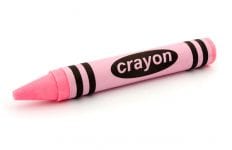