FORT WAYNE, Ind. (ADAMS) – Recognizing the difficulties that the year 2020 has imposed upon our community, this year’s theme for the 16th Annual “Christmas On Broadway” holiday celebration on Friday, November 20th is titled, “We Need a Little Christmas, Right this Very Minute!”

“Keeping Fort Wayne’s spirit bolstered and bright is why, this year, more than ever, ‘Christmas On Broadway’ will be a beacon of hope for our community,” event organizers and law partners Steve Shine and Tom Hardin said in announcing the restructured format for this year’s event. This year, individuals are being asked not to gather on the Broadway Plaza itself, where the tree is located in front of the Shine & Hardin Building, but rather, to line the sidewalks on both sides of Broadway, between Broadway and Creighton on the northern end and Broadway and Park Avenue on the southern end.

Broadway will be closed between Creighton and Park Avenue from 5:30 p.m. until 6:30 p.m. on the night of the event. “We are fortunate that there is a straight line of sight from Broadway and Creighton looking south to the Broadway Plaza, allowing all of the spectators to have a full view of the Christmas Tree and fireworks lighting all along the five-block route,” Shine said.

Shine indicated that while the initial approval for the event has tentatively been authorized by both the Fort Wayne Allen County Department of Health and Traffic Engineering, final approval will be subject to any further directives from the Governor with regard to such events. “If the community spread of COVID-19 and the positivity rates increase, we will adapt our event to comply with all safety recommendations. We will be able to ‘pivot’ quite readily, given that this is an outdoor event. No matter what, the tree and the fireworks will be lit. Should the restrictions be lessened by the time of the event, however, we still will be asking attendees to engage in social distancing, wear a mask and, if anyone is not feeling well, they should not attend the event,” Shine said.

Santa and Mrs. Claus will travel the parade route atop a classic 1976 Pierce Fire Engine. The fire engine was decommissioned from a fire department in Wisconsin and was purchased in 2013 by Brian Bauer, President of IU Health Fort Wayne and co-owner of Umi Fort Wayne, one of the sponsors of “Christmas On Broadway.” “Brian’s generosity in allowing the use of his fire engine to benefit the community is well known,” said Shine, in that local charities have raised over $40,000.00 where the fire engine is used during charitable events. “We hope that the sight of Santa and Mrs. Claus riding atop a classic vehicle that is part of Americana will lift the spirits of those along the parade route,” Shine said.
This year’s tree lighting and fireworks display will be telecast live on ABC21, beginning at 5:00 p.m. on November 20th, when ABC21 telecasts their entire 5:00 p.m. – 6:30 p.m. newscasts live from the Broadway Plaza.

This year’s tree was donated by Rozann Schmidtke, Mike Mankey, and Synda Bunting, owners of Salon Concepts. Again this year, as they have done for the past 15 years, Mudrack Tree Services will place the Christmas Tree into its position on Monday morning, November 16th, which will begin several days of decorating the tree with 40,000 multi-colored lights. The Christmas Tree stand, which holds the tree (customarily weighing over a ton), will be constructed by crews assembled by the Associated Builders and Contractors, Inc. – Indiana/Kentucky Chapter. Electrical service to the tree will be supplied by Custom Control and Machine, with the tree itself decorated by A Yard Apart. Other grounds preparation will be undertaken by Vision Scapes. Live television coverage of the tree placement will begin on Monday morning, November 16th at 5:00 a.m. on ABC21 and radio coverage on 103.9 Wayne FM.

Despite the difficulties that professional sports teams have encountered this year, the Fort Wayne Komets will continue their underwriting of the fireworks display that will be lit contemporaneously with the lighting of the tree. “Just like getting into the spirit when you go to a sporting event, ‘Christmas On Broadway’ has served to instill a holiday spirit in our community for 16 years. As the Komets are a tradition in Fort Wayne, so is ‘Christmas On Broadway’ and we want to be part of an event that brings happiness to families during this holiday season,” said Michael and Richard Franke of the Fort Wayne Komets.

The location of the Christmas Tree on Broadway was once the site of the nation’s largest Christmas tree miniature light manufacturers. The corner of Broadway and Savilla was once home to the Anthony Wayne Light Company, known nationally for making unique Christmas lights, including blown glass candle lights. “The historical significance of the founder of the Anthony Wayne Light Company beginning his electrical career at the Fort Wayne Electric Works (which became General Electric) and then building one of the nation’s largest sites for manufacturing Christmas light is most coincidental, in that nearly 100 years later, the same site is now the location of one of the City’s most dazzling Christmas light displays,” Shine said.

The Broadway Corridor continues to reclaim its status of leading Fort Wayne’s community renewal, which includes not only the proposed Electric Works project and the renovations to the adjoining Quimby Village area undertaking by Chuck and Lisa Surack and Sweetwater but also, the many new small businesses and sole proprietorships that operate along Broadway. “Of course, the most important element of the Broadway Corridor are the thousands of families who call it home, choosing to have their residences in one of the seven neighborhoods that adjoin the Broadway Corridor,” said Shine and Hardin. The seven neighborhoods are the Creighton-Home, Historic South Wayne, Historic Oakdale, Fairfield, Illsley Place, Williams-Woodland and the West Rudisill. 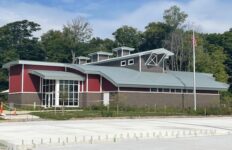 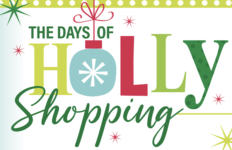 The ‘Days of Holly Shopping’ kicks off on Small Business Saturday→ 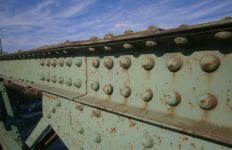 Pedestrian bridge to close for repair→ 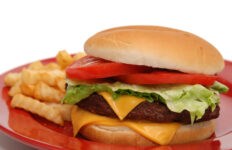